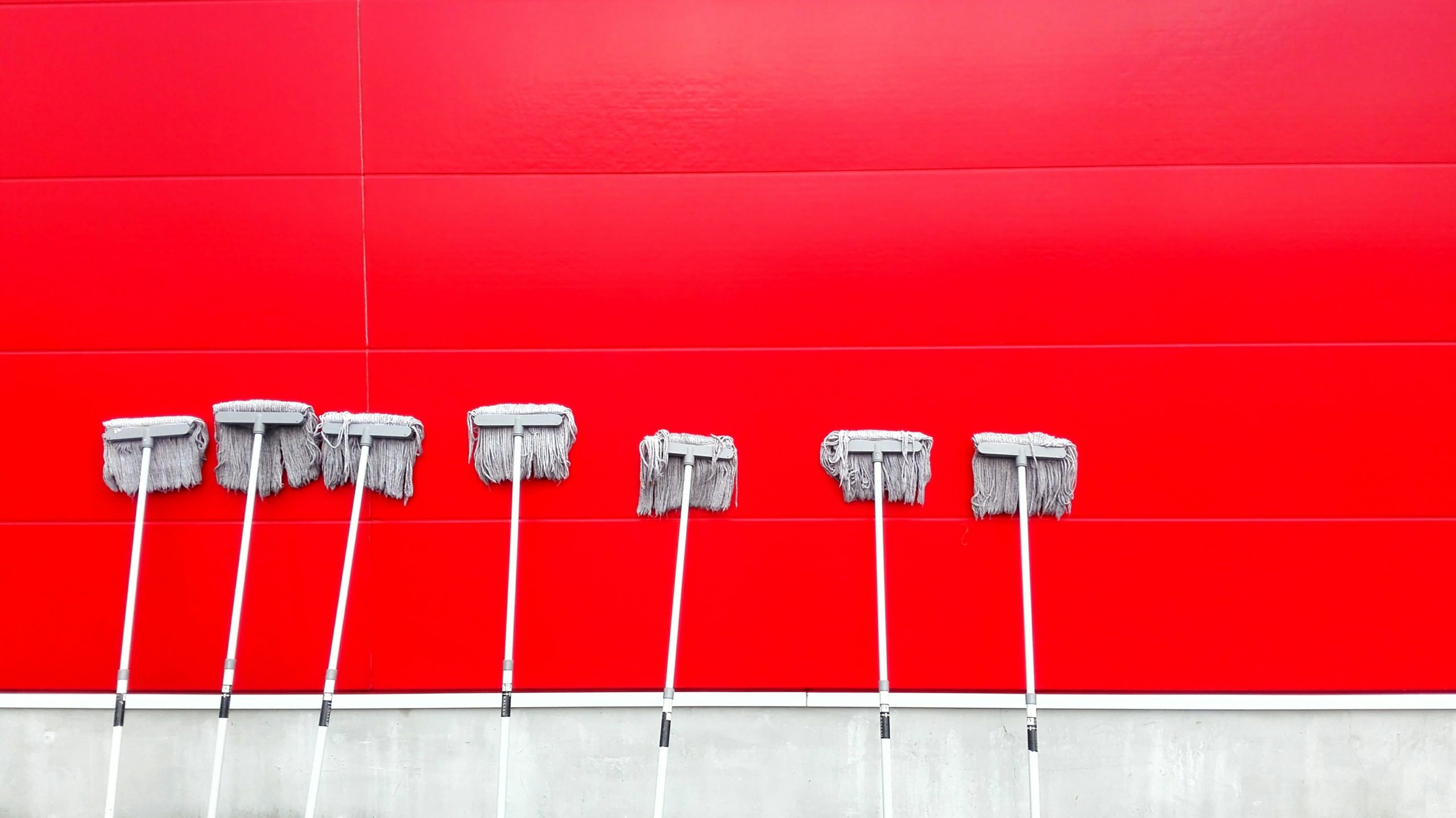 Last year, in an airport restroom, I saw a man crumple a paper towel and throw it toward a trash can attached to a janitor’s cleaning cart. It bounced off the rim and dropped to the floor, right next to the janitor’s boot. The two exchanged glances and the man walked out the door, leaving the wad of paper settling on the floor.

The janitor picked up the avoidable litter as if experiencing casual disrespect was part of his routine. For many of the 24 million frontline workers who do society’s necessary work, it is.

One of society’s greatest hidden ills is the tendency to devalue, degrade, and dehumanize the people in the jobs we need most.

I’m ashamed to admit I wouldn’t have noticed this act of indifference if I wasn’t in the midst of a two-year research project exploring how janitors made meaning in their work.

Studies, including ours, find that degrading acts, mainly from the public, contribute to feelings of meaninglessness characterized by hopelessness, a loss of dignity, and despair for an already susceptible segment of our workforce.

The Effects of Stigma on Frontline Workers: Meaninglessness and Despair

Janitorial work is one of many stigmatized jobs, occupations looked down on because of their undesirable nature, the low skill level required, or low pay. Since the 1940s, the National Opinion Research Center has surveyed the public to measure what society-at-large deems worthy work. The occupations consistently rated lowest are laborers, packers, food service workers, and cleaners – the frontline jobs comprising most of the American workforce.

Often the perceived unworthiness of a job gets unduly transferred to the person in the job. If the work one does is “dirty,” the person doing it must be dirty. If a job doesn’t require post-secondary education, the person in it must be “uneducated.”

Many acts of stigma are commonplace, such as the parents I overheard threatening a college student by saying, “You need to get your grades up or you’ll be working at McDonald’s,” while in front of a barista. Some are more striking, like the supervisor who told a janitor in my study that he “could train a monkey to do this job” during an onboarding session.

All acts of stigma are avoidable.

A janitor in our study described stigma’s impact, saying, “When somebody’s flat out rude to you or calls you a ‘maid,’ or things like that, it does rake on you. It makes me feel like my job is worthless like, ‘If you don’t want me here, why am I bothering?’”

Experiencing meaninglessness compounds the well-documented low engagement and low satisfaction among frontline workers, worsened by the historic lack of investment from organizations and sparse academic research on their experiences.

At the same time, research finds that experiencing meaningful work – perceiving a job as positive, purposeful, and significant – is associated with increased work engagement, higher overall satisfaction, and well-being outside of work.

In a study of hospital cleaners, Yale University professor of organizational behavior Amy Wrzesniewski and colleagues found a significant source of cleaners’ experiences of meaningfulness came from verbal or nonverbal messages they received from others.

In other words, just as we can take meaning away from others, we can also give it.

People in stigmatized jobs are part of your routine, their invisibility a byproduct of both their indispensability and good work doing the things most of us have the luxury of forgetting about, the work that enables us to live.

They comprise the workforces of the companies we love. They ensure safe roads to drive on, ship our Amazon packages, clean our doctor’s offices, ready our hotel rooms, decontaminate our drinking water, and dispose of our trash.

As individuals, organizations, and society, we should thank them, but above all, we should respect and revere them and their important occupations.

As I was leaving that airport bathroom, I looked up at the janitor said, “Hey, thanks for doing that.”

He startled, looked up at me and said, “my pleasure.” He smiled.