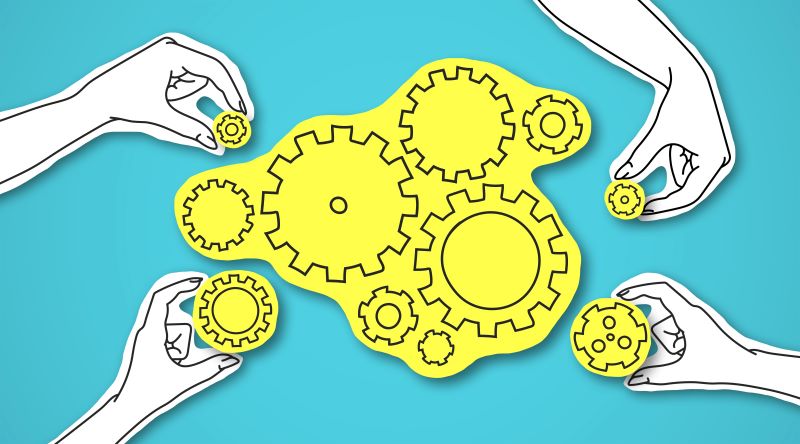 I can’t forget the smell, like the aftermath of banging two rocks together as a kid. This time, it was the reek of the driver’s side of my pickup scraping across the asphalt after it flipped. Pieces of glass sprayed my face and settled in my weekend slip-on shoes.

The right side of my face tingled from the impact and the firecracker that was the airbag saving my skull. I was on my way to buy my six and three-year-old boys firecrackers on the fourth of July, the little grey ones you snap on the ground. My eardrums vibrated as I tried the driver’s side door. It was stuck. I climbed out the passenger door and checked the two car seats in the backseat. They were empty.

“I dropped them off at home,” I remembered.

The first person who showed up did his job. He was there in just six minutes and parked the fire engine at a precise angle to block traffic. As if my once-and-a-lifetime traumatic event was like brushing his teeth, he did a full-body check. He called out, “One victim is green here, no others!” to the second firefighter already sweeping glass off the road. A third covered the fluid spill with the fire retardant.

The fourth person who showed up did her job, too. A police officer put her arm around me, asked how I was, and then initiated another full-body check. She took my statement and later called me with updates on the other driver and checked how I was doing. Another officer collected witness statements and directed traffic.

The sixth and seventh people to arrive were the Emergency Medical Technicians. They guided me to the back of an ambulance, took my vitals, and reassured my stunned wife that I was okay.

Then came the tow truck driver. He expertly elevated my car onto the flatbed within five minutes. The driver’s gruff voice asked if I was okay. He investigated my truck and, before he left, imparted his hard-earned wisdom: “Leave the car seats and get them replaced. They’re not safe anymore.”

I also became part of the insurance claim handler’s and junkyard workers’ holiday weekends. In seconds, each of these people became part of my life because of their work.

I study the meaning of work, and that day was a jolting reminder that our jobs bring us in and out of others’ lives we would otherwise never know. Society’s jobs are like organs in the body, integral to the functioning of the whole, whether we momentarily like our function or not.

There were thousands of invisible workers who saved my life that day, too. Because my truck rolled on its side, the firefighter said the curtain airbags prevented a head injury.

The people I didn’t meet who’ve become part of my life include Yasuzaburou Kobori, a Japanese automobile engineer who developed the safety net airbag system in 1964, every legislator and staffer who researched, wrote, and passed the Intermodal Surface Transportation Efficiency Act of 1991 which standardized side airbags to protect the heads of drivers and passengers, the engineers who designed the curtain airbags in my pickup to deploy with 10 to 20 milliseconds of a detected rollover, the engineers who designed those airbags into my car, the wage-earning manufacturing line workers who assembled and installed them, the quality control professionals who tested them, the delivery drivers who delivered the parts, and all the other people comprising the infinite stream of jobs that came together in a moment.

Everything worked that day because everyone worked. I went home to my two young boys and my wife because of line workers I’ll never meet, an engineer I’ll never know, and first responders I’ll never see again.

Work gets a lot of bad press. Aristotle called it a  burden, and a whole cadre of people now boast about shirking work in favor of “lying flat.”

Yes, there are bad jobs, underpaid jobs, repetitive jobs, and “bullshit jobs,” as popular anthropologist David Graeber claims. Still, the reality is that most jobs do exist to solve a human problem or fill a human need. Most jobs make the human community possible.

Most jobs are purposeful, even if they’re not pleasurable.

All work used to be purposeful. We made shoes for our neighbors’ feet. We farmed for our neighbors’ bellies. After the second industrial revolution, our jobs got smaller and more fragmented. Seeing the immense impact of our small jobs became more difficult.

If you look hard enough, purpose is still there. If your job exists on this planet, human beings are part of and at the end of your supply or service chain.

Even if the manufacturing facility worker who installed my airbag just worked “to get a paycheck,” their job existed to ensure my safety. I’m thankful they showed up to work that day. I hope they know that.

Even if the EMT complained about going to work on the fourth of July, I’m thankful she worked.

Even if the junkyard worker or tow truck driver feels like their job is small, it was significant to me that day, and I’m thankful they keep doing it.

While Aristotle lamented work as a burden, he also called it a necessary burden.

Work is necessary for societal functioning and essential for a community. Regardless of what you do, you’re likely to influence another person’s life today. I hope you see it.

“One ought to not even consider that a citizen belongs to himself, but rather that all belong to the city; for each individual is a part of the city,” Aristotle wrote.

I’m glad the city – the community built by human work – was there for me.