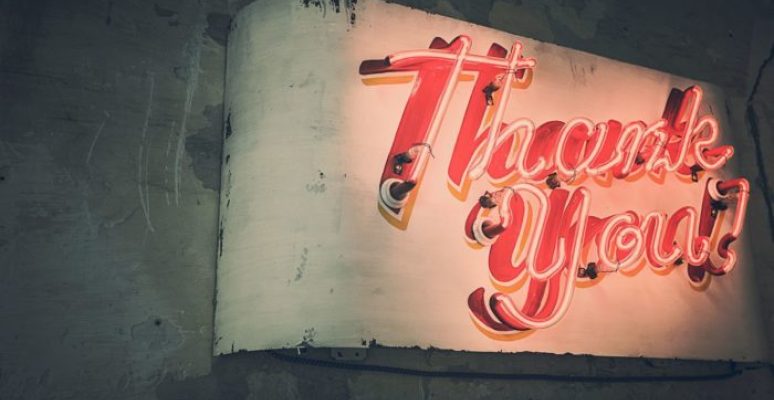 How to Be a Meaning-Giver: Why “Meaningful Work” is Everyone’s Job

Lisa had been a janitor for a decade when I asked her to describe a time when she experienced her work as especially meaningful.

She needed just a few seconds to recall a moment, “This one has given me motivation ever since.”

It wasn’t what I was expecting.

She started, “I once worked at a sports stadium, and one time there was a woman who just vomited all over the outside of the bathroom door, and it was right where a long line of people would go in to go use the bathroom…”

As Lisa continued to detail an especially messy moment from an already messy occupation, I wondered, “Where’s the meaningfulness in cleaning up vomit in a crowd of people?”

Then, there it was: “And it was on that day,” Lisa emotionally shared, “I was thanked by more people than I ever have been since; almost 20 people walked past me saying, ‘Thank you for that. Thank you for doing that.’”

“For the first time, it made me feel like I actually did something good. People are impacted by what I am doing. I can keep doing this, and knowing I mattered then has motivated me ever since.”

Lisa described that the actual job of cleaning up that mess, on its own, was a lower point in her career. Yet the contrast between the unpleasant nature of the task and the profound and lasting positive meaning it had amplifies what happens when people clearly see that they and what they do matter.

The “work” didn’t give Lisa meaning, the evidence of the work’s impact on others did.

The anonymous people waiting in line that day were meaning-givers, they gave Lisa evidence of her mattering through their direct gratitude.

Lisa’s story highlights an important lesson we’re learning about meaningful work: We can know our work is meaningful and craft our work as meaningful, but that feeling tends to be short-lived without the ongoing evidence of our work’s meaning to others.

We hold that evidence for each other.

How to Be a Meaning-Giver

Studies from the past decade find clear links between the experience of meaningful work and increased motivation, engagement, satisfaction, and overall well-being. Yet, we still don’t fully understand how people come to experience work as meaningful.

Lisa was part of a forthcoming study in which I interviewed janitors to better understand what the lived experience of meaningful work is like in front-line, repetitive work. The prompt was simple: Describe a time from your everyday work when you most experienced meaningfulness.

Like Lisa, every janitor described a moment when they experienced direct affirmation of their work’s impact on others. The effects of these “moments of mattering” tended to be long-lasting, sometimes producing motivation for many years, even decades.

The problem is that every janitor also described these moments as rare.

The infrequency of regular, meaningful gratitude – showing others how their efforts contribute positively to other people – seems to be common in most organizations. Ryan Fehr, an Assistant Professor of Management at the Foster School of Business, wrote that prevailing norms of workplaces as “transactional,” and dated notions of what is “professional” still contribute to a lack of interpersonal affirmation in work.

But when it comes to maintaining meaningfulness in work, experiencing regular meaningful gratitude that reaffirms one’s impact seems essential.

In 2003, Amy Wrzesniewski, Professor of Organizational Behavior at Yale, and her colleagues interviewed 29 hospital cleaners to learn how they made meaning in their work. The researchers found that meaning was primarily derived from what they called “interpersonal cues” or the verbal or nonverbal messages they received and interpreted from others. Affirming cues from others significantly contributed to lasting feelings of positive meaning.

The sustained experience of meaningful work is everyone’s job.

Here are some ideas on how to be a meaning-giver:

In addition to asking the janitors what made work meaningful, I also asked them to describe when they experienced work as meaningless.

Feeling unacknowledged by others – supervisors, peers, and the public – was a common part of all the janitors’ moments of meaninglessness. Interestingly, it wasn’t the absence of formal acknowledgment such as scheduled feedback, performance evaluations, appreciation banquets, or awards that made work meaningless.

Rather, the moments that produced meaninglessness were smaller, like being brushed past in the hallway by a co-worker or completing a project withoutany verbal or nonverbal feedback.

It seems that even small gestures of acknowledgment can go a long way when it comes to meaning and motivation.

For example, in one study, Dan Ariely, Professor of Psychology and Behavioral Economics at Duke University, offered participants money to circle identical letters on a piece of paper with random letters.

In each successive round, they were offered less compensation than the previous round. The participants were split into three groups. The experimenter in the first group collected the papers with the participants’ names, looked them over, made eye contact and said “uh, huh” before putting in a pile.

“Ignoring the performance of people is almost as bad as shredding their effort before their eyes.”

Making the effort to consistently acknowledge people’s work in small ways within everyday routines can be meaning and motivation-giving.

This could be as simple as saying “thank you” as in Lisa’s case, or making eye contact and smiling to let someone know you appreciate what they do.

2. Show People the Difference They Make

If informal acknowledgments are so effective in giving meaning to others’ work, it’s not surprising that ongoing, meaningful feedback is found to be a key predictor of motivation and engagement in work.

But when I ask people to share with me how they tell people they did a good job, the typical response is, “I tell them, ‘good job.’”

The problem is vague positive affirmation is psychologically unmotivating because it’s divorced from the actual impact the “good job” had on others.

Studies since the 1970s show that task significance, or the ability to see how our work affects someone else, is a critical predictor of both meaningfulness and work motivation.

Instead of telling people they did a good job, show them the difference they made.

One of the janitors I interviewed told me that a supervisor over 25 years ago defined the word “custodian” for her as someone who “takes ownership and custody over a space.” She told me that those few minutes of glimpsing the possible bigger impact of her work shaped how she approached her entire career.

In a landmark experiment, Wharton School Management Professor Adam Grant and his colleagues found that callers at a university fundraising center who spent just five minutes hearing the impact of their work through a scholarship recipient’s story spent more than double the amount of time on the phone and generated triple the donations compared to the callers who never heard a story of their potential impact.

By being “story-collectors” and storytellers of others’ impact, we can show people the difference they make.

To do this, try the simple model below whenever you give affirmation or show gratitude:

First, describe the situation. When did it occur? Starting with an acknowledgment that you personally observed the behavior is important and can maintain authenticity.

Second, describe the behavior. What did the person do or say? Be specific. If people don’t know what they did to make an impact, they’re less likely to do it again.

Finally, show them the impact. How did their behavior contribute to your work, life, or that of another person?

This is where the skills of story-collecting and storytelling are important.

3. Look Beyond Your Workplace

Meaning-giving isn’t just a practice for your workplace, it’s a life practice.

Other human beings’ hard work impacts our lives daily, so we have endless opportunities to give meaning.

Whether they’re the people paving the road you drive to work on, the person making sure your doctor’s office is clean, someone who helps you with your taxes, or the person collecting your trash so you don’t have to, acknowledge people and show them the difference they make for you.

As Lisa reminded me, a small moment of gratitude could be what gives them meaning; what sustains and energizes them in the place they’re likely to spend upwards of 40% of their waking lives.

How to Ask More Meaningful Questions