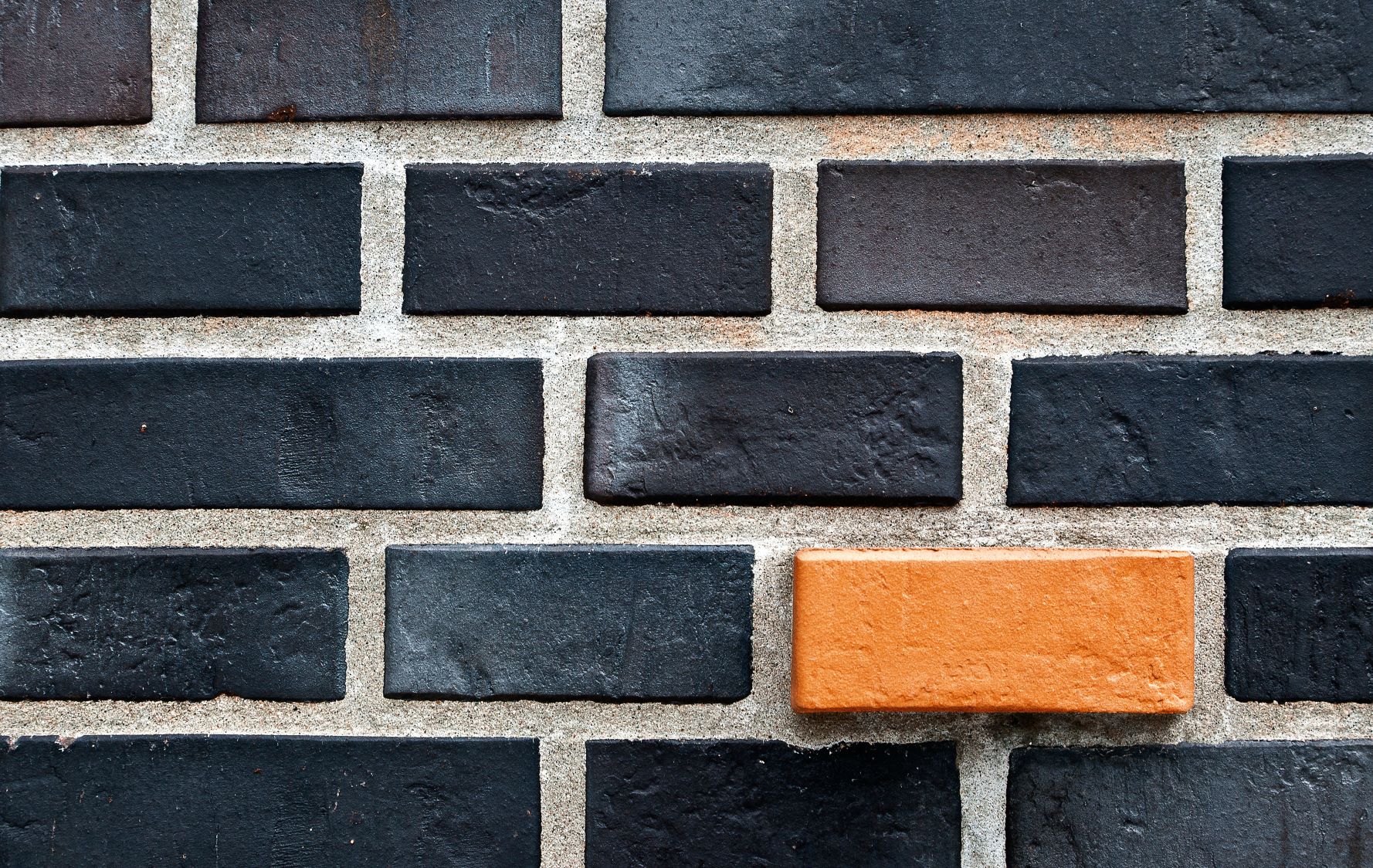 Everyday Purpose: How to Find Meaning in the Mundane

If most of your day is spent doing mundane tasks, you’re not alone. And there’s hope, studies show we can actually learn how to find meaning in the everyday.

Surveys find that almost 60 percent of the average person’s day is spent on routine details like paperwork, e-mail, informal conversations, or planning and being in meetings. For most U.S. workers who reside in wage-earning service-based occupations, that percentage is probably much higher with days often filled with repetitive, manual tasks.

If researchers’ consensus is right that you’ll work for around 90,000 hours in your lifetime, then roughly 2,250 full days will likely be spent in ordinary ways. That doesn’t include the time spent commuting, waiting in lines (we’ll spend close to 235 days of our lives doing that), or doing the other necessary activities of being a functioning human.

If you have the economic privilege (most people don’t) and think that “following your passion” or landing your “dream job” will help you escape mundanity, you’re probably mistaken.

Recently, I talked with an accomplished classical pianist. While fawning over how amazing and meaningful his work must be, I said, “You must just love what you do.” To which he replied, “Well, the 1% of performing is amazing, but 99% of what I do is a complete grind, I sit in my studio and practice a small part of a piece of music for eight hours straight, every single day of my life.”

Most professional athletes spend half of their waking lives doing the same drills over and over and over. Before the historic “one small step for man” moment, Neil Armstrong and his fellow Apollo 11 astronauts sat at desks in a classroom learning rudimentary geology and spent countless hours using a small shovel in the Arizona desert to create the muscle memory to be able to take a sample of moon rock.

Despite the cautious hopes of automation freeing us from the mundane (which could happen), or a magical new management paradigm infiltrating organizations in the coming decades (which I’m all for), the reality is that the repetitive details comprising our work and lives are unlikely to change.

If author Annie Dillard was right when she said, “How we spend our days, is of course, how we spend our lives,” learning how to find meaning in the mundane might be key to finding meaning in work and life itself.

Many of the people I study do repetitive, manual work in jobs like janitors, mechanics, or plumbers.

Those who report experiencing regular meaningfulness in their work tend to adopt what Cal Newport, professor of computer science at Georgetown, called a “craftsman’s mindset” in his book, “Be So Good They Can’t Ignore You.”

There’s a legend in the stonemasonry community about a man who happened upon three stonemasons tediously chipping away chunks of granite. The first stonemason was unhappy, looking at his watch and scowling. The man asked the mason what he was doing. The first mason said, “What does it look like? Just hammering this stupid rock so I can get home at 5 p.m. and get paid.”

The second mason was more into his work, hammering more carefully. When the man asked this mason what he was doing, he said, “I’m molding this rock so it can be used to finish that wall over there, it’s not too bad, but I can’t wait until it’s done.”

The third mason was hammering and chipping diligently and methodically, frequently stopping and running his hand over the rock and stepping back to admire his work. The first time the man asked him what he was doing, he didn’t hear him because he was so engrossed in the task.

The third stonemason was enacting a craftsperson’s mindset, the ability to consistently think about how a small duty connects to something greater and remain focused on it.

Authors Hubert Dreyfus and Sean Dorrance Kelly depicted the role of the craftsman as “not to generate meaning, but rather cultivate in himself the skill of discerning the meanings that are already there.”

While most of us aren’t stonemasons building a cathedral or astronauts going to the moon, what we do every day, no matter how tedious, is inextricably linked to something bigger than the task itself.

Most likely, that “something bigger” is another human being.

People who experience sustained meaningfulness tend to be able to think about, approach, and do everyday tasks with their inevitable contribution at the forefront.

Here are some ways to learn how:

How to Find Meaning in the Mundane: 3 Key Questions

In 1975, organizational psychologists J. Richard Hackman and Greg R. Oldham studied 658 workers in 62 different jobs to determine the “critical psychological states” necessary for motivation to do work tasks. The researchers found, and extensive validation has supported, that experienced meaningfulness was the more powerful predictor of work motivation.

To experience meaningfulness in a task, the study found workers need to be able to do and experience three elements.

First, they must know the significance of the task to another person. Second, they must be able to identify how the task fits into a bigger outcome, and third, they had to be able to see how they could use their pre-existing strengths to accomplish it.

Now, think of a task you don’t like doing because it’s mundane, routine, or repetitive.

Now try asking these three questions to start learning how to find meaning in it:

1. “How will it impact another human being?”

The result is what psychologists call a “greater good motivation.”

Every time you approach a mundane task, try asking yourself, “How will this impact another human being?”

And if you’re still having trouble, try a thought experiment and ask, “What will happen to another human being if I don’t do this?”

What you’ll slowly realize is that most of what we do impacts someone else – whether it’s an end customer, user, or your co-worker in the next cubicle who’s relying on you to do it.

When we do this small self-talk exercise over time, research indicates we can start to recraft how we perceive and do the task itself.

2. “What end outcome does it make possible?”

Many times, tasks become burdensome because we see them as futile. A sense of futility is the enemy of meaningfulness.

A common reason we experience tasks as futile is that we get delegated the task with no clear picture of how it fits into a larger whole.

Simply asking someone to show you what the end outcome will be of the task you’re doing can be powerful. If the outcome isn’t seeable yet, try imagining what it will look like and be like.

This was an effective practice at NASA leading up to the moon landing. With over 300,000 people working on minuscule parts of a project, many of whom would never see its completion, making sure each person had a “ladder to the moon” was a vital leadership practice in helping people see how what they did would contribute to a bigger purpose.

Harvard scientist Ellen Langer asked two groups to do a boring activity they didn’t like such as vacuuming, doing dishes, or dusting the house. For one of the groups, she told them to pay attention to three new things while completing the task, activating the character strength of curiosity.

The group who enacted curiosity reported enjoying the task more and even continued to do the task after the timing of the experiment was over.

Enacting curiosity by asking yourself: “How might I better use my strengths to do this?” can help you see the task in a new light.

And when we use our strengths more in work, we tend to feel better and be more productive.

The philosopher Sivananda once wrote,

“A mountain is composed of tiny grains of earth. The ocean is made up of tiny drops of water. Even so, life is but an endless series of little details, actions, speeches, and thoughts. And the consequences whether good or bad of even the least of them are far-reaching.”

Experiencing meaningfulness starts with acknowledging our own and our tasks inevitable consequence, especially the ones we’ve come to label as routine and mundane.

How to Ask More Meaningful Questions