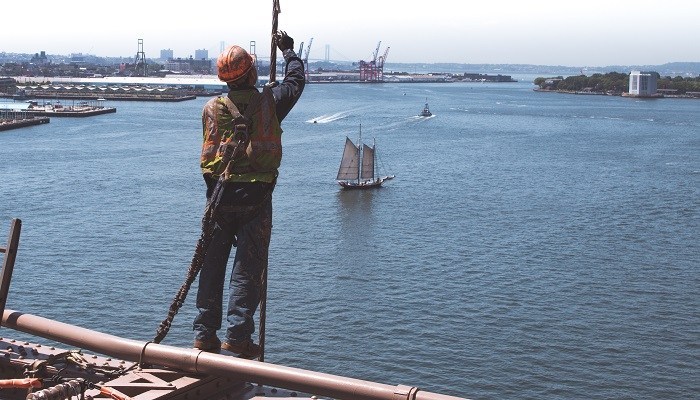 The Future of Work Must Be Meaningful

Humans will be replaced by smarter machines. Automation will drastically change the jobs that survive. The traditional notion of work organizations will be fragmented.

These were the themes just three years ago from the 2016 annual meeting of the World Economic Forum and have since dominated “future of the workplace” reports, symposia, conferences, and “thought leader” conjectures.

The glaring gap in the dominant dialogue on the “future of work” is the relative dearth of earnest, evidence-backed attention paid to the future of the workers – the human beings who inevitably affect and are affected by all work (automated or otherwise).

Historian and philosopher Yuval Harari, in his prospectus on the future of humanity, sharply implored,

“What we need to really protect is not the jobs, it’s the humans.”

It seems imperative, then, that along with the staple buzzwords like “AI”, “Mobile Internet,” and “Automation,” we start seriously grappling with the bigger, existential, and reflective questions about work as a human phenomenon.

What is to come (when, exactly, nobody has said) has been called the “Fourth Industrial Revolution.”

We can learn a great deal from the last three.

Through each, there’s one constant: Work has remained one of the most central and common human experiences, what American psychologist Frederick Herzberg called “…one of the most absorbing things we can think and talk about.”

It is this central and absorbing role in people’s lives (research finds the average American will work for one-third of their waking life) that makes work a critical context through which meaning is made of life itself.

Work is such a powerful context for meaning-making, that the purpose consulting firm Imperative’s latest “Workforce Purpose Index” found if you’re not fulfilled in your job, you have less than a 1% chance of being fulfilled in your life.

Therefore, the “meanings of lives” are at stake whenever we discuss the future of work.

The Meaning of Work for Human Beings

In many respects, the themes emerging now resemble the forces at play in the Second Industrial Revolution, where machines did replace humans and work shifted from lifelong, familial crafts such as shoemaking to jobs characterized as smaller cogs of a bigger machine due to the innovation known as the assembly line.

Perhaps not coincidently, it was at the height of this revolution, in 1897, when researcher David Émile Durkheim published an extensive and enduring sociological analysis of suicide. In it, Durkheim found a central cause of suicide was the loss of work. Not working, Durkheim found, depleted people of purpose – of having a social function and a meaningful contribution.

Transcending the self to contribute (also known as purpose), is the driving force of meaningfulness.

Dr. Michael Steger, a research psychologist who studies the meaning of work at Colorado State University wrote of the significance of Durkheim’s study and its relevance today, “That a noted sociologist was so concerned with the damage unemployment could do to people may have been rooted in the massive changes wrought by the Industrial Revolution to the role of work in people’s lives.”

Over the 120 years since Durkheim’s analysis, a growing volume of research reinforces work’s critical role in how human beings derive meaning from life. For most, work serves as much more than a means of survival and security.

In 1955, sociologists Nancy Morse and Robert Weiss conducted a landmark study which coined “the lottery question.” The researchers found over 80% of diverse respondents would continue to work in some form if they won or were given a large sum of money. Work, the researchers wrote of the participants, “…gives them a feeling of being tied into the larger society, of having a purpose in life.”

While many people may initially take a job for security, they yearn for much more once they’re there.”

The Meaning of Work (MOW) International Research Team’s 1987 report found that the expressive dimensions of work including self-expression, personal learning and development, and spiritual and societal service accounted for nearly half of the global sample’s chief rationale for even working tobegin with.

Later, in 1995, career development scholar Donald E. Super and his colleagues conducted the multi-continent Work Importance Study and found in cross-national comparisons the fulfillment of “personal potential,” and “self-realization” were among the highest ranked values in nearly every country.

More modern studies have continued to find that for over half of the world’s workforce meaningful work is an important priority and the desire for meaningful work has been found among all levels of organizations. In 2009, Kelly Job Services’ expansive study found that over half of a large, diverse sample would take a lower paying job for more meaning and PwC’s 2018 report on fulfillment in work, based on over 2,000 respondents, found that 70% of workers would consider taking another job for more fulfillment.

“More meaning” or meaning that is positively significant and purposeful is called meaningfulness.

Work that satisfies these psychological needs of significance and purpose beyond hedonic motives of survival and security has been termed meaningful work and its researched effects on everything from engagement, motivation, and productivity to personal vitality are both well-documented and perhaps existentially critical.

The Effects of Meaningful Work

In oral historian Studs Terkel’s 1972 project Working, extensive analysis of meticulous interviews with more than 130 employees across diverse occupations concluded that for most,

“…work is about a search for daily meaning as well as daily bread, for recognition as well as cash, for astonishment rather than torpor; in short, for a sort of life rather than a Monday through Friday sort of dying.”

Terkel’s poignant plea on behalf of his interviewees, who yearned for “work as life” instead of “work as death,” reverberated through the positive psychological revolution of the last four decades; a revolution that challenged Plato and Aristotle’s pervasive notion of work as a “necessary burden” and recast work as critical human flourishing.

In an in-progress analysis of over 117 published research and theoretical articles, we continue to find that meaningful work is not only an inherent need for human beings, but the experience of meaningfulness is one of the most powerful causal factors of increased work motivation, job satisfaction, and personal wellbeing.

In fact, when looking at nearly every oft-quoted motivation theorist (e.g. Alderfer, Herzberg, Maslow), experienced meaningfulness remains the common critical psychological state necessary to experience motivation. Motivation, as Dr. Craig Pinder described it, is the energetic force that moves us into doing what we need to do.

And when it comes to organizational concerns like employee engagement, the state of being involved in and having pride and enthusiasm in work, anthropological and meta-analytic research consistently finds that psychological meaningfulness has a substantially larger empirical effect on engagement than other factors.

But returning to the humans themselves, arguably the most important research finds that meaningful work is associated with lower stress, lower rates of depression, and increased feelings of overall purpose and fulfillment.

And when people lead meaningful lives research finds they’re more likely to regularly consider their impact on others; something we might all agree society needs right now.

Stay tuned for Part II next month on the key researched factors of meaningful work and it’s implications for the practice of organizational leaders.

Zach Mercurio is a purpose and meaningful work consultant, researcher, and bestselling author of “The Invisible Leader: Transform Your Life, Work, and Organization with the Power of Authentic Purpose.”