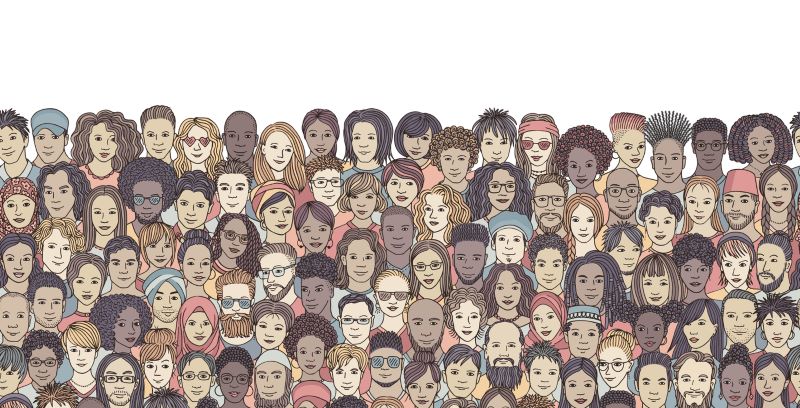 Consider the people who comprise your routines. Who do you need to notice more?

Noticing is the act of seeing someone’s uniqueness and showing an interest in their full life.

Feeling noticed is the opposite of feeling invisible, the inverse of being forgotten. When others pay attention to us and remember us, our essential lives’ hidden vividness and nuances become known.

Studies show that being seen is necessary to feel like we matter and promotes mental and emotional wellbeing, including a reduced risk for anxiety and depression. Social psychologists Morris Rosenburg and Claire McCullough wrote that feeling noticed is “the most elementary form of mattering.”

Yet, it’s the most fundamental human needs that we most often neglect. Or, as leadership educator Stephen Covey wrote, “common sense is not always common practice.”

Noticing others is not common practice.

Global surveys of workers find that 43 percent of employees feel “invisible.” A study on over 66,000 students in grades six through 12 revealed that only half of the respondents think their teacher would care if they were absent. Just 46 percent of students said they felt valued at school.

Poet Elizabeth Alexander’s question should level us: “Are we not of interest to each other?”

The distress and desperation caused by feeling unnoticed are well-documented. Psychologists find feeling unseen and unknown by others undercuts self-worth, motivation and can even predict depression.

In the classic novel “The Invisible Man,” Ralph Ellison compared feeling unnoticed to living in a hole, writing, “I am invisible, understand, simply because people refuse to see me.”

Now, think again about the people you see every day or every week.

Noticing others is a skill, a practice, and should be a public and occupational health priority.

Ask About and Remember Personal Details

What makes overlooking others so insidious is that it’s easy to do, a habit born out of our increased individualism and decreased social connectedness.

Do you know your postal worker’s name? Do you know the name of your coworkers’ kid, who you sometimes see in the background of that Zoom call?

For many, it’s these tiny lapses of curiosity that add up to perpetual invisibility.

One recent afternoon, while facilitating a virtual workshop on, yes, mattering, I looked out my window. I saw my neighbor, with whom I’ve interacted hundreds of times, walking outside to get his mail. He’s retired. But at that moment, it embarrassingly struck me: I’ve never asked him what he did before he retired; how he spent the forty-five years before I started living a couple of hundred feet from him.

After my realization, I asked myself, “What else do I not know about others’ lives?”

For me, the answer turned out to be a lot.

One of the most basic ways to help others feel noticed is to ask about, remember, and check-in on personal details.

Know people’s full names. If you see a dog jump into someone’s lap on a virtual call, don’t just sit and stare; ask what the dog’s name is. Learn what your delivery driver’s family members’ or friends’ names are. Check-in on them when your next package comes. Find out how your coworker’s family member is doing who was sick a few months ago.

Show Your Interests in Others’ Interests

David was a 5-year old in Brooklyn, raised by a single mother who had many jobs to make ends meet. One of his favorite possessions was an ordinary deck of cards that he carried everywhere, including the local library.

One day, a librarian noticed him playing with a deck of cards and said, “We just got a self-working card trick book in. Do you want to learn something?” The librarian showed him a simple card trick. That day, David’s mom picked him up after work, and he showed her the trick.

“My mom went crazy,” David remembered as he recalled that critical moment on the Joe Rogan podcast 42 years later. “That began my love of wanting to learn tricks.”

That 5-year old boy was David Blaine, now recognized as one of the greatest magicians ever to live.

Noticing others is also about showing an interest in and nurturing others’ interests, regardless if those interests help you.

That librarian noticed David Blaine playing with a deck of cards and remembered he liked cards. When a book came in that she thought he’d be interested in, she remembered David. Then, she followed up and acted on her interest by teaching David that life-changing card trick.

There are countless stories of altered life trajectories because someone took an interest.

I once worked with a team who loved their supervisor more than I’d ever observed. Her team would say things like, “she just gets me” or “she always looks out for me.”

It’s tempting to say she was just a “natural leader” and had relational strengths.

But when I asked her how she created that climate, she pulled out a tattered notebook. In it, she wrote down things she heard each of her team members talk about repeatedly in their conversations. She made it a conscious habit to bring up and talk about her people’s interests regularly.

Noticing others is a practice that’s too important to be left to intuition.

As you think about the people around you, how can you better show your interest? How can you show someone you remember what’s important to them?

Remember and Honor Others’ Presence

The antithesis to feeling seen is being forgotten.

Psychologists Laura King and Aaron Geise conducted two experiments with undergraduate women. In the first investigation, researchers asked the women to participate in a group activity in a lab setting and come back in two days.

When they came back, the experimenter responded to certain women by saying, “I don’t remember you being here,” or “Are you sure you were here two days ago?” Other women were overtly remembered or complimented by the facilitator.

After controlling for numerous variables, the “forgotten” participants who experienced a moment of being invisible were found to feel a significantly lower sense of meaning in their lives and indicated lower self-esteem.

The researchers concluded, “…the innocent act of forgetting another person can exact an existential cost.”

Remember people. If someone misses a meeting, a class, or get together, tell them you noticed they weren’t there and why you wish they were.

I think the most critical step forward as a society – in communities, organizations, and schools – is to become interested in each other again.

1 thought on “The Art and Science of Noticing Others: How to Become Better at Making People Feel Seen”