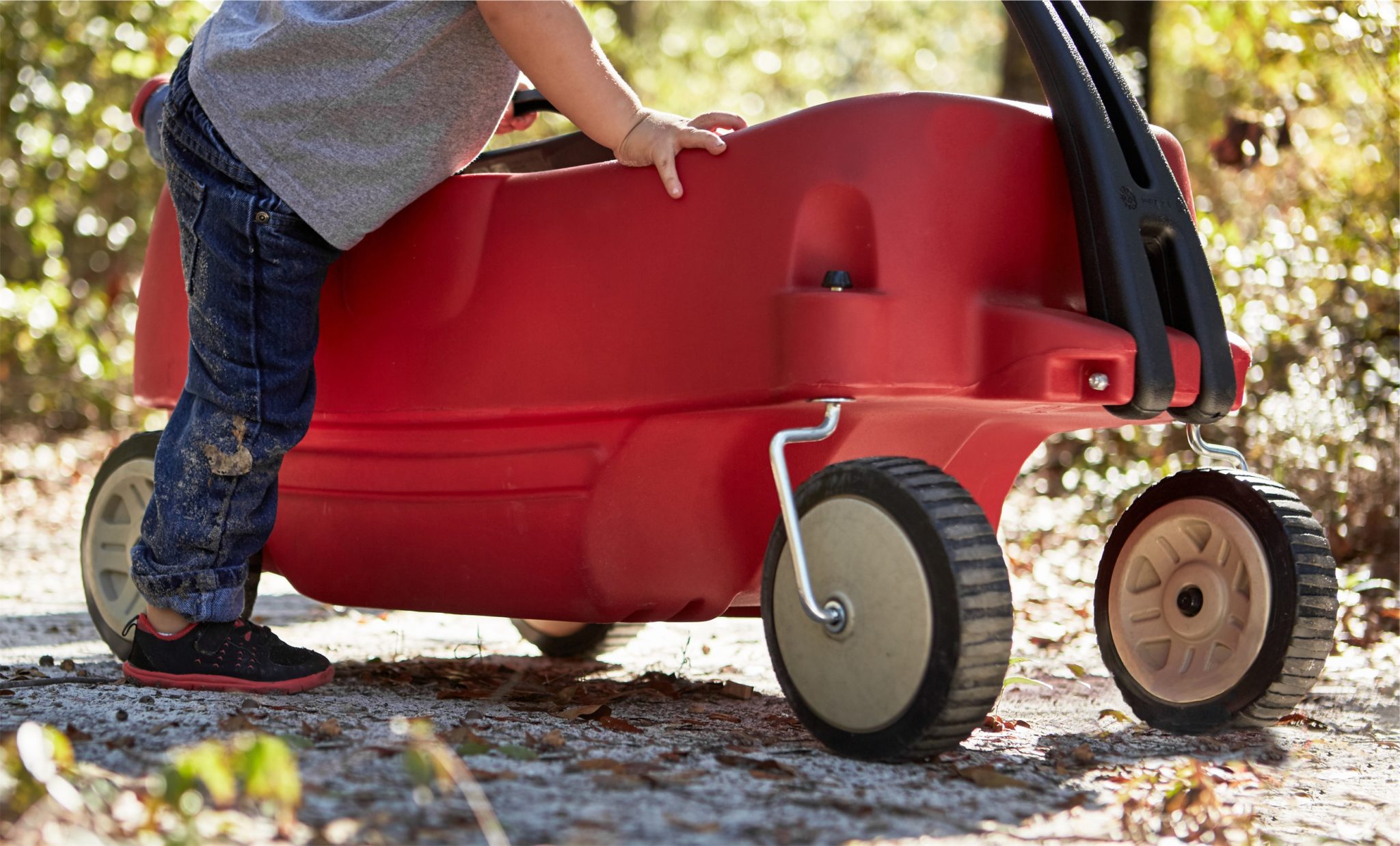 4 Life-Changing Lessons My Toddler Taught Me

When my son was three months old, he taught me more about life in five minutes than I had learned in 32 years. I published my original post on this story here but that moment made me look at my son differently.

I had the pedal to the floor trying to be the best PhD student, best entrepreneur, best leader, best dad, and the best husband I could be. I became so obsessed with “success,” that I started micromanaging every aspect of my own life to optimize my productivity.

As Archbishop William Temple once said, “Your religion is what you do with your solitude.” It is clear now that my religion had quickly and stealthily become myself.

Clear, in hindsight, because of a single laugh.

One Monday evening, I arrived home from work and quickly entered into the next bullet point on my to-do list and my second life, being a PhD student. I had a goal that I would read two chapters of a book on systems theory before I even thought about going to bed.

Right when I got home, I mindlessly ate dinner, found my reading spot on the couch, and started plugging away. Meanwhile, my son and wife played, cuddled, and failed in multiple attempts to communicate with me; to which I nodded and stormed on with my to-do list.

I mumbled some self-righteous thing and turned back to Chapter 1. That’s when the miraculous happened.

Wedging itself between self-centeredness and the rest of my life was a thought: I had not held my own son that day.

I put my book down, and walked over to my son’s nursery where he was on his changing table getting ready for a bath. My wife saw me coming and quickly exited the room giving me some precious alone time with him.

As I was looking down at him, he started acting in a way I had never seen over the past three months. He was squirming, contorting his face, and making gurgling sounds with a huge gum-revealing grin.

As I started making some funny faces at him, all of his squirming and smiling built up and exploded in a big, amazing, and humbling belly-laugh.

I am glad I was there.

Since this transformative moment, I’ve kept my mind open to the lessons my little life guru is teaching and documented some of the most amazing lessons I’ve learned about life from him so far; starting with the one he taught me that night.

1. Your Future is Composed of “Nows”

I realized in those three minutes of my son laughing for the first time that moments are irreplaceable and unrepeatable. Your future, then, is really only a collection of “nows.” After this moment, I had to ask myself this difficult and leveling question, “What was I collecting?”

So often we try to meticulously plan the future and in the process overlook the very moments that will comprise it.

Part of your future is right now. Are you paying attention?

I live on the front range in Colorado and we don’t see consistent rain all that much. So, during the first year of my son’s life, he’d never seen the rain.

One morning while I was loaded up with a diaper bag, daycare supplies, and a squirming baby and trying to rush out to make an appointment, I opened the door and there it was: drenching rain. I cursed the weather to myself and begrudgingly prepared for the trudge out to the car.

That’s when, like the dramatic ending to a Hollywood film, my son smiled, laughed and reached his hands as high as he could into the air to feel the rain falling on his face. He was amazed.

Then, I thought, he should be amazed. Water is literally falling from the sky.

Too often, we go through our lives with our heads down, charging on to the next thing. But really, everything is pretty amazing. Existing is amazing. Rain is amazing.

One of my favorite things to do is to watch my son play; especially when he thinks he is using his square, wooden blocks to build the next architectural marvel. At his age, his maximum tower height is somewhere between two and three blocks high.

What I love most about watching him play, though, is how he celebrates every small accomplishment. When he gets that second block to stay atop the first, every time, he quickly rises up and gives himself a standing ovation, usually with a loud, extended, and excited scream.

His pure joy in his accomplishment is inspiring. No matter how imperfect his little block tower is, he always takes the time to celebrate.

Whether it’s just getting through the day, going to the gym for the first time in a while, or doing something out of your comfort zone, remember to celebrate. We all need a standing ovation sometimes.

One evening, a few days after my son had learned to emphatically say, “Hi!” we were taking a walk downtown. Up ahead there was a man who appeared unkempt, dressed in an odd and eccentric outfit, coming toward us on the sidewalk.

We had seen other people out walking ahead of us try to avoid the man by moving to the other sidewalk or stepping onto the grass to wait for him to pass.

When the man was within five feet of us, though, we had no option but to interact with him. My son had made eye contact, smiled, and let out a long and loud, “Hiiiiiiiii!”

The man stopped, gave us a huge smile back, waved and said “Hi!”

I could feel his joy.

Sometimes, all people need is to be acknowledged; and we’ll never know the power of a simple “Hi!” to someone who’s spent the majority of their day being avoided.

So, today, try savoring the moment, recognizing the amazing, celebrating, and saying “Hi!”