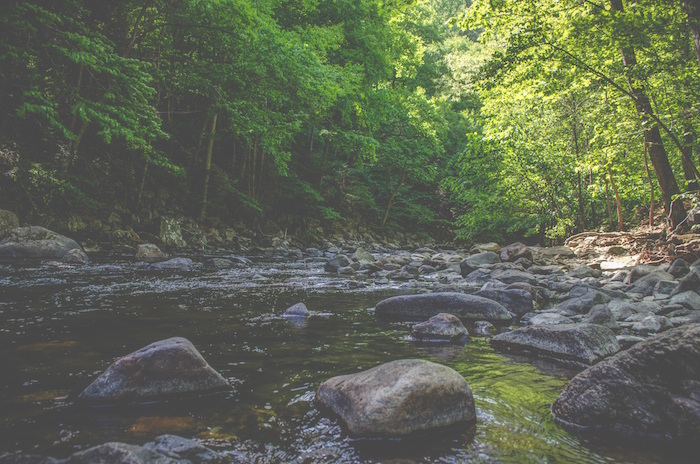 How Learning to Fly Fish Taught Me to Not Give Up

I’ve been teaching myself to fly fish this summer. And it’s been a complete disaster. I’ve spent the majority of my time either literally in the river (you’re not supposed to wade in raging rapids apparently), picking flies out of the skin on my face or the trees behind me, and faking casting (flinging the line all around to look cool) to not look so much like an idiot in front of the clearly more polished anglers on the river. That probably had the opposite effect.

I thought I would enjoy fly fishing – the challenge, the reward, the solitude. I even took lessons. But two weeks ago, after a half-dozen times out on the water, I was ready to quit. “I just suck at this,” I resigned to myself.

It’s scary how weak the mind can become the moment it encounters the slightest bit of discomfort. But this is what happens whenever we start something new or different. Our brains frantically search for its default survival mode: Comfort.

Before I quit for good, I decided to try and push through this destructive instinct one last time and drove my truck out to the river.

It was the kind of summer night they make movies about. There was a slight warm breeze and the orange glow of the setting sun illuminated sunbeams through pollen particles in the air. The light reflected off the cool, clear water on the river. The familiar smell of smoldering campfires filled the air and the crickets were starting to sing.

I carefully prepped my fly rod and went down to the river. As I looked downriver, I saw two other anglers. For some reason, I panicked. I started worrying about what I looked like. What would they think of me? They can tell I am a beginner, I am sure. I got so distracted that I forgot everything I learned. I couldn’t tie my flies, I kept tripping and falling in the water, and my line was getting caught on everything. Finally, I got my flies tied and my feet steadied and started to cast. My first cast got caught it the weeds behind me and I spent the next 15 minutes untangling it. On my second cast, my fly wouldn’t float and started to sink. I again started looking at the other anglers. They looked so perfect.

I trudged out of the water and up onto the dirt road near the riverbank. I walked about a fourth of the way back to my truck, when I felt the urge to stop to look at the river. It was just so peaceful. Standing on the side of the dirt road, I happened to look down at my shoulder and saw a distinctive silver insect with what looked like a long tail. It was just sitting there as if to say, “Look at me!” As I looked at it, an image of the hand-me-down fly box from my grandfather-in-law flashed into my mind. It had a fly that looked exactly like the one sitting on my shoulder.

I thought about the flies the other anglers were using that night. This one was much smaller and not brightly-colored. “It couldn’t possibly work,” I thought to myself.

But suddenly, I felt a sense of clarity: “I am going to try that fly,” I resolved.

I reassembled my fly rod and tied the one, unique fly to the end of my line. As I was walking along the river bank, I noticed a small, deep pool of water swirling behind a fallen tree on the side of the river. There was no trail or bank to stand on. For some reason, though, that part of the river seemed to be calling to me. I decided to go for it. I walked through the long grass down the steep grade and made it to a rock that jutted out like a platform.

I let out some fly line and casted to the swirling water. For some reason, it felt great. The fly landed and danced perfectly on the top of the smooth dark water, just like I had been practicing in my mind.

Then, as I was about to cast again, I saw the shiny head of a brown trout breach the surface with its tail whipping and take my fly. I saw it all in vivid slow-motion and felt the tug of resistance on my fly rod.

My heart was pounding. I caught my first trout.

I netted the trout and before it wiggled free it seemed to just stare at me as if to say, “Glad you didn’t give up?”

I was so excited I ran to my car to call and tell someone.

Catching that fish was an amazing experience, but it was what I learned that night about life that will stick with me forever.

“Comparison is the thief of joy.” – Theodore Roosevelt

My experience learning to fly fish aligns with starting anything new in life. At the same time it’s exciting, it is frustrating and hard. It is so easy to take your attention off of yourself and focus on what others are doing or saying. They seem to have it all together. They seem to be amazing anglers. What will they think of me? I realized that I was so preoccupied with the image of who I was, that I forgot who I actually was.

We are all different and move at different paces. Go easy on yourself. As long as you’re moving forward, it doesn’t matter how slowly you’re going.

It wasn’t the struggles of learning to fly fish that zapped my joy, it was the comparison to others that stole it. So stop comparing. Focus on you. If you’re focusing on someone else, you’ll miss what you’re meant to see.

“The simple things are the most extraordinary things, and only the wise can see them.” – Paulo Coehlo

If I hadn’t stopped for a moment and paid attention, I would have missed that unique little fly landing on my shoulder.  I believe that we are guided by signs all of the time through the ordinary. But so often in being mindless to the moment, we miss the most extraordinary things precisely because we look in all the wrong places.

If you’re self-doubting, questioning, or just frustrated – STOP. Look around. Your answer could be right in front of you.

“I took the road less traveled. And that has made all of the difference.” – Robert Frost

No one had fished in the little area I had found, and I probably looked a little stupid balancing on that rock trying to cast. But I got to a point where I just didn’t care. Sometimes we have to diverge and make our own path.

We have to keep trying, trying, and trying. And if that doesn’t work, don’t just quit the goal – find a new method – but never change the goal.

I don’t know for sure why that fly landed on my shoulder that night, but I am so glad I was paying attention.