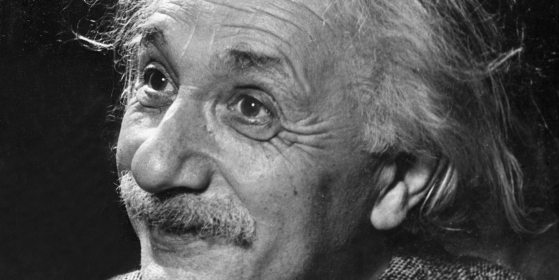 “Logic will get you from A to B. Imagination will take you everywhere.”

This last week marked the 100th anniversary of Einstein’s General Theory of Relativity.

In last Sunday’s New York Times’ op-ed, The Light-Beam Rider, Walter Isaacson offered readers a vivid glimpse into the mind of one of the most brilliant theorists who ever lived.

Here is an excerpt:

“Einstein relished what he called Gedankenexperimente, ideas that he twirled around in his head rather than in a lab. That’s what teachers call daydreaming, but if you’re Einstein you get to call them Gedankenexperimente. As these thought experiments remind us, creativity is based on imagination. If we hope to inspire kids to love science, we need to do more than drill them in math and memorized formulas. We should stimulate their minds’ eyes as well. Even let them daydream.”

I would take Isaacson’s important point further and pose the questions:

Do we let, and encourage, adults to daydream?

Do the places where adults spend most of their conscious lives (your organizations) foster the environments for creativity?

Do we encourage trial and equally inspire failure?

The impetus for Einstein’s General Theory of Relativity was when he imagined himself literally riding alongside a beam of light. What followed was years of thought trials (and errors) that resulted in the development of one of the most significant theories in human history.

What Einstein did that was perhaps most significant was that he thought up experiments and assumed the findings to be true, which transformed the thoroughness of his imagination. It wasn’t the pseudo-imagination we sometimes see today in structured brainstorming sessions.

This was real, living imagination. Imagination, as he stated, that can take us everywhere.

Would Einstein, then, leave your organization?

Does your organization create the space for vivid imagination?

I have never met anyone who said imagination is a bad thing. However, in organizations I’ve seen so many stifle it. We give novel ideas a few earnest minutes at the end of a meeting, but we seem to forget to nourish them and assume that they are good and true.

What if when one of our people had a great idea we said, “Let’s assume this idea is true, how would we imagine it actually happening?”

The impact of imagination on changing our mental models and worldviews as people and organizations is not new.

Cultivating the vivid imagination of your people can transform the very future of your organization.

Shell is a very recognizable example of the benefits of imagination to corporate sustainability. In the late 1960s, brilliant people at Shell were imagining the world in 2000. More importantly, Shell execs gave them the space to imagine these futures.

This was not forecasting – they were vividly imagining the social, technological, environmental, economical, and political forces that could act in the world and then assumed these ideas were true by actually planning decisions based on a variety of imagined futures.

So, when the Yom Kippur War broke out in 1973 and oil prices rose, Shell was already prepared back in 1968. They had imagined it. The other big oil companies’ forecasts never considered a drop in oil prices.

This method came to be known as scenario planning, and research done by Dr. Tom Chermack, a Colorado State University professor, has found that the use of imagination in this form not only contributes to an organization’s future viability but employee learning, development, and commitment.

Do you equally value trial and error?

Thomas Edison had 1,392 patents before he invented the light bulb.

We all like when people have great ideas that work and provide instant benefits, but do we encourage people when these ideas fail?

Over time, we have become averse to failure, defining it as something to avoid, to plan against, and to mitigate.

This endemic fear of failure, I think, is inhibiting people and organizations’ potential.

As I think about the organizations I have been a part of or observed, I have almost never seen an employee development workshop on “how to respond to failure.” I have, however, seen training programs so meticulously planned to avoid it.

J.K. Rowling, in a commencement speech at Harvard said,

“It is impossible to live without failing at something, unless you live so cautiously that you might as well not have lived at all – in which case, you fail by default.”

Are we encouraging our employees and organizations to fail by default?

For a fantastic talk on the benefits of trial and error, I encourage you to watch Tim Hartford’s “Trial, error, and the God complex.”

As we reflect on Einstein’s contributions during the 100th anniversary of his groundbreaking theory, it is equally important to focus on his process and the lessons as leaders we should learn from it.