The problem with plans 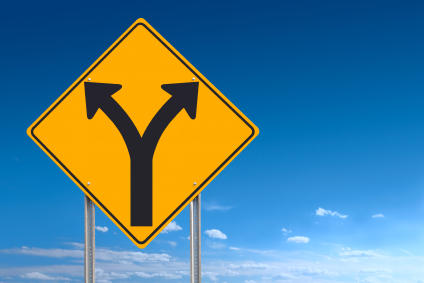 The problem with plans

I have come to the realization that most of our plans are somebody else’s.

Would you eagerly put on an outfit that someone else handmade for you if they never knew you, saw you, or thought about you? Probably not.

So, why then, do we obsess over, stress over, and squeeze ourselves into the plans and structures that someone else made for us and thinks is best for us?

In my work in higher education, this practice runs wild. Take a new student, put them on a path, and off they try and go. They veer from the path, or don’t get on the path, then “something is wrong” they must be “wasting their money,” “undeclared,” “high risk,” or “they don’t know what they want to do with their lives.”

At some point, whether now or when they are 45, they will feel tension or be in crisis (i.e. the mid-life crisis – just another term for “I followed someone else’s plan and I just realized it”). That tension, in my opinion, arises chiefly because we are living others’ plans for us.

This became salient this past week after I spoke at a conference designed to support first-year college students in the transition to the second year.

I offered two sessions, entitled “Finding Your Authentic Purpose,” and almost every student at both sessions was undeclared (meaning they had not chosen a major) and they all had one trait in common: they were all in anguish. Two, in fact, were near tears. Yes, tears.

They didn’t know “what” they wanted to do with their lives (ah!).

One of these students was a young woman sitting in the front row of a session.

To her, I asked a simple question, “Why are you in college?” Her initial response disturbed me. She said nothing.

I asked again, “Why are you here?” She started turning red and fidgeting a bit. Silence.

Then, I asked, gently, “Why is this a difficult question?”

She said, “No one has ever asked me why I am here before.”

Over half of a year into her college career and not one person, not one “educator,” had asked her why she was here.

I told you I was disturbed.

I pressed a bit more and asked, “If you had to pick a reason why you are here, then, what would that be?” She calmed a bit, and as she started listing off potential majors, her academic advisor’s advice, what her parents and teachers told her in high school, I politely interrupted. This time, I reframed the question. “Apart from what anyone else has ever told you, why are you here?”

She squirmed with awkward silence for almost a minute, like she was incredibly ashamed of what was about to come out of her mouth.

Then, there it was. She said, her voice cracking a bit, “I want to help people.”

I said, “That is a wonderful purpose – find a plan that helps you deliver THAT to the world.”

Where did her uncertainty, her emotional confusion, really come from? She clearly had a personal sense of purpose that was not given the environment to grow.

I do this in my own life. Every time I feel tension with my life’s direction, the root cause is usually a poor fit with someone else’s plan or a comparison to someone else’s life.

Steve Jobs, the CEO of Apple, once said, “Your time is limited, so don’t waste it living someone else’s life.”

His words are convicting, but the consequences of you or anyone else not living their own life is dire.

Think about that woman in my workshop. If her desire to help people was not cultivated and instead quelled, pushed further within for the purposes of job placement statistics – who in the world would miss out on her service to it?

How much creativity and innovation as humans do we miss out on when we force people into a plan they did not take part in creating?

I know I would not be writing these words right now if Steve Jobs followed someone else’s plan.

In your own life, whose plan are you desperately trying to fit into?

For your kids, partner, students, or friends – whose plan are you trying shove them into?

Now don’t get me wrong, planning is important, if those plans are designed with purpose first.