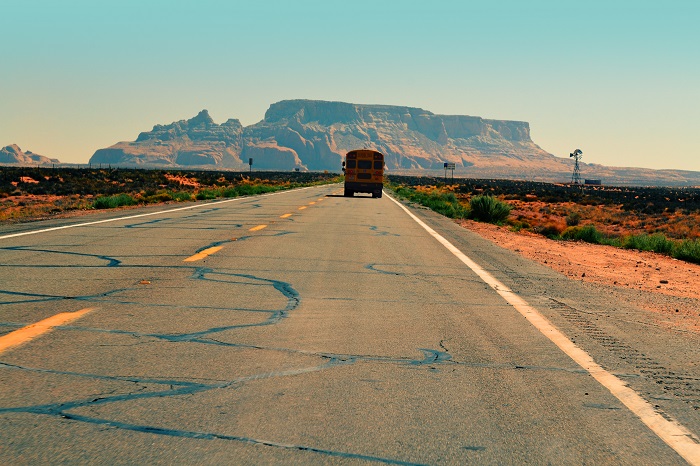 What 70 Bus Drivers Taught Me About Meaning

“It’ll be a tough crowd,” one of the lead trainers warned before I spoke to over 70 school bus drivers and mechanics.

“Most of them are only here for the paycheck – they won’t want to talk about this ‘purpose’ stuff,” another added. “It’s tough to get them motivated.”

After my talk, the supervisors’ prophecies were in the back of my mind as I turned on my computer to transcribe the employees’ responses to a prompt I gave them to complete.

On half-sheets of paper, the bus drivers and mechanics were asked to finish the sentence, “I felt like my job mattered when…”

I read the first one…

“I felt like my job mattered when I went to the funeral of a young student. He went to school every day with many physical problems and a ‘do not resuscitate’ tag on his wheelchair. One day we went to pick him up from school and his dad came out and told us his son was dying. At the funeral I was impressed that a 4-year-old had drawn hundreds of mourners. His parents told me that his son’s ride to school was the highlight of his short life.”

Then I read another…

“I felt like my job mattered when my student who had a disability said, ‘I wish people wouldn’t make fun of me.’ I said, ‘Everyone is different for a reason. You are an amazing person.’ Then, he smiled.“

And on they went. Seventy stories with the same level of emotion, the same deep feelings of mattering.

They were emotional, compelling, and motivating.

Not one of the participants wrote, “I felt like my job mattered when I got paid.”

How could people doing what they felt was life-changing work be so poorly misunderstood?

The Common Search for Meaning

For many of the mechanics and school bus drivers, this is a second job. Many are living at or near the poverty line. Some are less educated than the students they transport. So, I could see why their supervisors thought this way.

It’s what a century of misguided management thinking has produced: the attachment to the false idea that people’s primary motivation to work is for survival and “things.”

Every human being, no matter 'what' they do, yearns for purpose and meaning at work and in life. Click To Tweet

Every person in every job on the planet has a story to tell.

Every person in every job wants to matter.

Every person searches for purpose.

These bus drivers and mechanics are living proof.

As leaders, creating environments that cultivate mattering and meaning is imperative.

People spend up to 40% of their waking lives at work. Leaders and managers then, are responsible for almost half of human beings’ lives.

And with those lives comes the inseparable search for meaning and mattering.

Stories like the bus drivers’ and mechanics’ exist in every organization and in every job. But they’re often locked up by leaders’ preconceived assumptions, self-fulfilling prophecies, and the systems that uphold them.

But when we actually know what makes people feel significant in their work, we can design environments that repeat those experiences.

Building cultures of meaning and mattering starts with asking the right questions directly of the people themselves.

And a good one to start is: When do you feel like your job matters in the world?

The answers may surprise (and inspire) you.

Zach’s new book, “The Invisible Leader: Transform Your Life, Work, and Organization with the Power of Authentic Purpose” is due out Summer 2017.