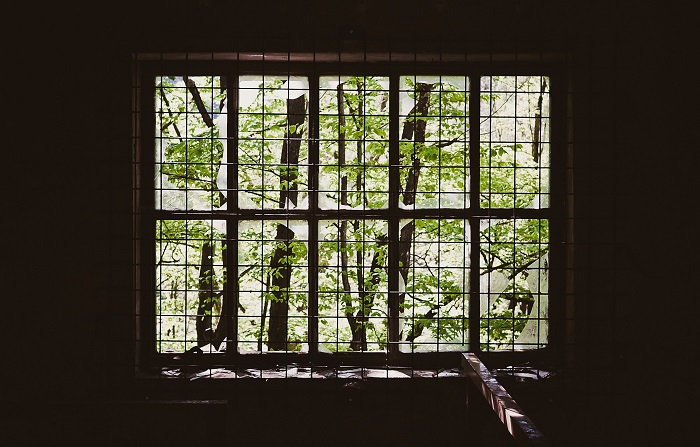 How I Escaped from Prison…Twice.

It felt as if my brain jumped out of my skull and started walking down the street.

I stood in front of my colleague who droned on about the same political workplace pettiness as last week, but I was nowhere to be found.

I didn’t care and I couldn’t fake it anymore.

Then, I recognized it. I had been wondering where it was since the last time in 2006, but I felt it again. It bubbled up like boiling water from the pit of by stomach. A combination of slight nauseousness, a slight pump of adrenaline, and that indescribable, overpowering urge.

To run. To leap. To escape.

I didn’t wake up that day last November and say, “Hey, you know what, I’m going to decide to quit my job today and pursue a writing, researching, and speaking career.”

I loved the outcome of my work, but it was time to move on. When I really thought about it, I was spending 80% of my time on things I relatively despised to do the 20% of my job that I loved.

And so, that morning, I decided I would leave my salaried, secure job with no backup plan.

I told my boss, my colleagues, and my friends. Some were supportive, but most recited the same old doubts, questions, and imposed expectations.

The same society-scripted lines that have led so many people to delay the intense exploration of the possibilities that the one life they’ve been given holds.

“But what are you going to do?”

“How are you going to make money?”

“You have responsibilities, you know?”

“It must be nice. You’re lucky you can do this.”

I quickly realized that these are the same voices and expectations that have built the very walls I sought to escape from and the invisible walls that stop most of us from ever even starting down the path toward achieving our real goals.

Plato, when philosophizing about the nature of human organizations, stated that as people part of a society with other people we become mentally imprisoned in and confined by the images, ideas, thoughts, norms, and expectations of others.

That, our “reality” is not truly reality. Instead, the bounds by which we’ve been living our lives are merely a social construction. This “reality” in turn guides our decisions and actions (and indecision and inaction) both as people and as organizations.

He termed this notion “Psychic Prisons.”

After reading a bit more of Plato, I realized that I’ve escaped my own psychic prison…twice.

Here’s how you can too.

Step 1: Realize You’re in a Prison

“What is the first thing one must do to escape from prison?” asked the philosopher Gurdjieff to a travelling companion.

The man was stumped.

Gurdjieff responded clearly, saying, “If a man in prison was at any time to have a chance of escape, then he must first of all realize that he is in prison.”

First, you must realize that you are in a prison. That you are bounded by invisible walls.

By answering these questions, brick by brick you can make your walls visible.

Once your walls are visible, you can destroy them – the fun part.

Because we are social beings, our prison walls’ are composed primarily of the ideas of others. And to destroy the walls, you have to deprive them of their sustenance and lifeblood: The expectations others have of your life.

Each of the two times I have made a major, unpopular, and nonconforming life decision, I have had to put other people on mute for a set period of reflection time.

For a week, I’ll stop listening to other people and focus on my goals and the reality I’ve constructed. At this stage, I don’t ask for advice. I try to stay off social media.

I just think and reflect on this one question: What do I desire?

Every time my mind would wander and doubt, I would ask myself, “Who created that doubt?”

And, almost every time I asked that question of myself, the answer was “someone else.”

This time of reflection is critical. Once you go through and reconstruct your walls, you’ve made them visible and thus destroyed them. They hold no power over you anymore.

Fast. Try new things. Fail. Leap. Explore your new, “real” reality. Replace should with can, and write down all of your possibilities. Dream with your new freedom.

You can do anything now. You’re free.

Be careful though. There are people out there who are deeply uncomfortable with freedom who will invite you in; promising security.

But remember, they’re in their own prison too.